(Note: This article discusses Bayesian and Frequentist statistics and follows from this previous one). Parapsychology has played an important role in ensuring that psychology retains at least some focus on anomalous human experiences. These experiences are very common and if psychology is truly to be the science of behavior and mental processes then it needs to take account of them. In addition to posing legitimate questions to materialist reductionist orthodoxy, parapsychology has also made contributions to scientific methodology in areas like study design, statistical inference and meta-analysis.

Some statisticians have argued that positive results in parapsychology experiments are symptomatic of a wider problem in how psychologists do their research and analyse their data. They may have a point in some respects. Undergraduate psychology students in nearly all universities are taught statistical inference through a classical, also called frequentist, paradigm. There are other statistical paradigms, chief among them being Bayesian Statistics. These two approaches differ in their philosophical assumptions and methods.

Frequentist Approach
Frequentist statistics is so called because it’s approach to probability considers the frequency of occurrence of the outcome of a random event repeated many times. In this case probability is objectively determined according to properties of the physical world.

Frequentism has been the dominant statistical approach since at least the early 20th century and is still taught to psychology undergraduates as ‘the’ way to do hypothesis testing in many universities. This approach to statistical inference proceeds as follows …

So in frequentist inference parameters are treated as fixed but unknown and data is treated as variable. Parameters are estimated using samples from a population and the probability of data given the hypothesis is calculated.

For a 2 tailed test the null hypothesis is rejected if the test statistic is in the shaded region at either end of the distribution.

Some Points to Note

The Bayesian approach to statistics considers that probability occurs as a degree of belief and specifies how prior beliefs should change in response to new data. Therefore from a Bayesian perspective there is a subjective element to probability.

Bayesian statistics has been around since the second half of the 18th century when Bayes work on conditional probability was posthumously published. It was the French mathematician LaPlace who stated Bayes Theorem in the form it’s known today. Bayes Theorem states that P(A \mid B) = \frac{P(B \mid A) \, P(A)}{P(B)}

Bayesian statistics fell out of favour somewhat for a few reasons. A major one was the computational cost this approach entails. Another is the subjectivity associated with the specification of a prior probability. Computational complexity is much less of a concern nowadays but the perceived subjectivity inherent in Bayesianism still prompts debate. Bayesian statistics are starting to become popular again in recent years.

In contrast to the frequentist approach, the Bayesian approach treats the parameters of interest as variable. It calculates the probability of the hypothesis given the data.

Some Points to Note

Do psychologists need to change the way they analyse their data?

While there have been calls for psychologists to start using Bayesian approaches to analyse their data (for example Wagenmakers et al 2011), I don’t think any statistical approach (Bayesian, Frequentist or anything else) is going to be a panacea for a flawed research design. It shouldn’t be a case of Frequentist vs Bayesian wars either. Both have advantages and disadvantages. Best may be to combine useful elements from both approaches. In any case more important than the statistical paradigm used is for psychologists to be familiar with the nuances of the statistical technique they are using. Just because some may incorrectly apply a particular approach to statistical inference does not mean that approach should be abandoned.

Rather than having to change how they analyse their data  it may be that psychologists (and researchers in other disciplines) need to change how they plan their research and interpret their data analyses. One way to do this is by implementing a study registry. This allows researchers to register studies in advance specifying in detail how they will be carried out, whether they are confirmatory or exploratory etc. This is a common procedure in regulated medical research and removes the possibility of a lot of undetected methodological flaws.

One such register for parapsychology is maintained by the Koestler Parapsychology Unit in Edinburgh since 2012. It will be interesting to see what trends emerge from these pre-registered studies and if in favour of the psi hypothesis, to what post-hoc explanations motivated skeptics will resort to try and nullify the results!

Bibliography containing sources used for this article is here. 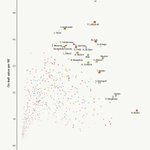