The graph above shows the percentage of Leaving Cert students in 2018 and 2019 achieving a total points score within 100 point bands (bands of 100 points from 0 to 599 and 600-625) . It is apparent that the two distributions are almost identical. This isn’t an accident. Leaving Cert results are standardised every year to ensure the overall results are comparable from one year to the next. The way this is usually done is by adjusting the marking scheme. So a sample of papers in each subject get marked first and if the marks awarded deviate from whats expected the scoring scheme will be adjusted to ensure the overall distribution of grades remains the same.

The pattern of grades awarded and consequently the pattern of CAO points achieved by students therefore remain roughly the same from year to year. The average number of points achieved per student was approximately 300 year on year up until 2017 when a new system of awarding points was introduced. Based on the numbers at cao.ie I would estimate last years average at about 340 points.

This year is different however. With no Leaving Cert exams taking place due to COVID-19, grades are being awarded based on teachers estimates of student performance and class ranking. It was planned to standardise the predicted results using a statistical model that included data relating to a schools historic performance in the exams. Following the debacle in the UK where amid claims that the process discriminated against economically disadvantaged students, the government had to scrap their calculated grade system, the Department of Education here faced political and public pressure over their plans.

The Department here in Ireland have announced that the model they use to standardise results will no longer make use of data about schools historical performance and that they will give primacy to teachers grades when issuing results. This seems to have been broadly welcomed as a ‘fairer’ method of assigning grades but is it?

As far as I know the Department haven’t published details of the algorithm they planned to use, so it is difficult to say how fair or unfair this approach would have been. What is clear is that the process as now envisaged won’t be fair to everybody. Some teachers were overoptimistic in their estimates of students performance and where this occurs at a large scale, the result is grade inflation. This means the average number of points achieved will go up and the distribution in the 2020 version of the graph above will be skewed to the right compared to previous years.

Because the CAO system works very much on a supply and demand basis, if there is grade inflation in the results, it means the points required for places on courses will go up. It has already been highlighted that students applying based on previous years results will be disadvantaged this year. But some of this years applicants will lose out also. It’s easy to envisage a scenario where a student who would have achieved good grades in the exam and who receives accurate estimated grades misses out on a place on a course they would have otherwise received due to competition from students who have benefited from grade inflation.

To counteract this the government have announced an extra 1250 places in further and higher education courses this year and it’s worth pointing out that some standardisation of results has been done, resulting in 17% of students having grades reduced and 4% having grades increased. Whether these measures will be enough will be clearer next week when the Leaving Cert results are released.

Whatever happens, it’s important to keep things in perspective. Students anxiously waiting for their Leaving Cert results might not agree right now but the Leaving Cert and immediate progression to third level, while a rite of passage for young people in Ireland, is not the be and end all when it comes to education. There are lots of education and training options worth considering nowadays. 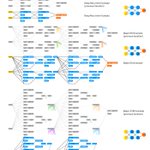 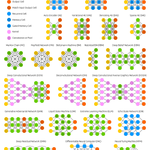 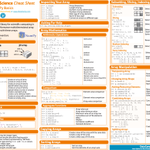